← more from
Lazy Bones Recordings
Get fresh music recommendations delivered to your inbox every Friday. 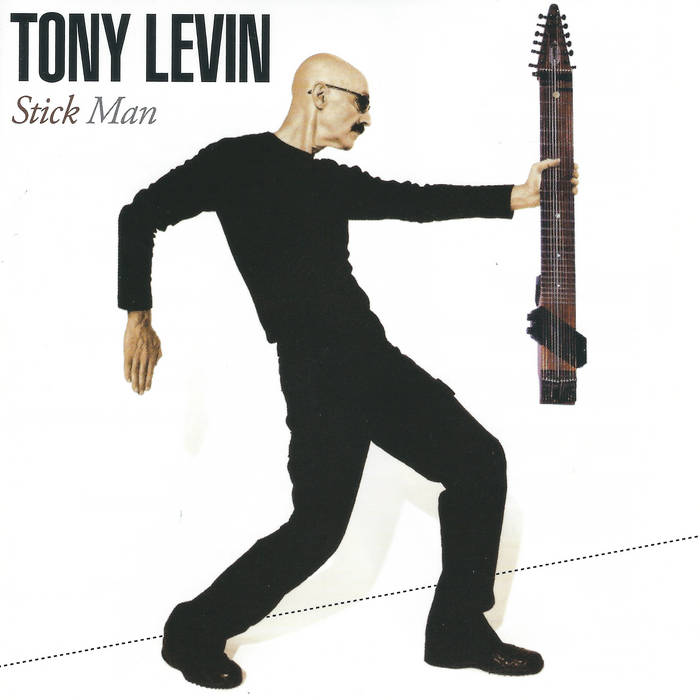 2007 release from King Crimson bassist and studio maverick Tony Levin. Stick Man, his fifth solo outing, is a breakthrough in numerous ways. It features the Chapman Stick (in addition to his basses) in ways it hasn't been heard before. With 17 tracks, 58 minutes of music, it's a prodigeous release - three tracks have Tony's vocals, the rest are unique sounding Progressive instrumentals. Most of the drumming on the CD is by King Crimson drummer Pat Mastelotto, and Crimson fans will hear some tracks here that are reminiscent of the group. ''Stick Man is a step in a new direction for me. Or perhaps in an old direction, because, from what listeners are telling me, it's come out quite Crimson-like. That could be because of the great participation by Pat Mastelotto on drums and percussion - also I was aiming at more raw, playing-oriented tracks. Backing off from the composition based writing I'd done recently, I've tried to feature not only both sides of the Stick, but some unusual bass techniques and sounds. There are a lot of tracks, (17) and it's mostly instrumental (especially if you consider my shouting not to be a song!)

While he's often (and understandably) considered the creative force behind perennial art rockers King Crimson, cofounder/guitarist Robert Fripp is, in fact, a far more democratic leader than he's given credit. Bassist/Stick man Tony Levin—one of the fundamentals behind the 1980-'84 and 1994-'97 incarnations of Crim, recently returning to the fold after a hiatus during the group's 2000-'03 years—makes clear his contributions to the ever-expanding Crim with Stick Man.

Then again, it may well be a case of chicken and egg. Levin has released a small discography over the years, but other than the largely recorded on the road and in hotel rooms World Diary (Papa Bear, 1996), he's never released an album that's so clearly focused on his own playing. Levin performs most of the parts on his multi-stringed and tapped Chapman Stick, bass (electric, upright and Funk Fingered, where he attaches thin sticks to his fingers to strike the bass strings), cello, synth, guitar and piano, with some additional help from Crimson cohort/drummer Pat Mastelotto on eleven of Stick Man's seventeen tracks, co-producer Scott Schorr adding drums, keys and percussion on seven, and guitarist Chris Albers and drummer Tim Dow contributing on a couple more. While Stick Man has its share of off-Crim elements, it's a revelation that will likely have been previously been known only by confirmed Crimheads who've heard King Crimson Collector Club mail order titles including The VROOM Sessions 1994 (DGMLive, 1999), Nashville Rehearsals (2000) and Champaign-Urbana Sessions 1983 (2002).

How much of Crim is Levin and how much of Levin is Crim? Well, when it comes to groove, there's little doubt that Levin has been a driving force, the same way that he's powered Peter Gabriel throughout his career. Many of Stick Man's tracks feel as though they've stemmed from jams, with Levin's use of Chapman Stick allowing him to layer bass lines and either chordal accompaniment or melodies in real time with whoever is playing drums. Additional layers come next, with some clever post-production editing further shaping the material.

Stick Man may rely heavily on groove but Levin, who's been a strong background vocalist for Gabriel and Crimson throughout the years, brings his voice to the fore on the unexpectedly aggro and up-tempo rocker "Welcome," the slower-grooved "Slow Glide" with his growly delivery, and "Rivers of Light," the most lyrical and song-based tune on the album, which leans more towards Gabriel than Crim.

The jagged "The Gorgon Sisters Have a Chat," sonically dense "Rising Waters" and equally visceral "Chop Shop" sound as though they'd have fit comfortably on one of the post-'90s Crimson ProjeKcts, while the closer, "Dark Blues" occupies another space entirely—part Brian Eno, but with sharper edges contrasting with the smoother, more ambient surfaces.

Stick Man is the album Levin fans have been waiting for. Irrespective of the seemingly symbiotic relationship that exists between Levin and Crimson, his voice and influence—inside and out of the greater Crim—have never been clearer.

Bandcamp Daily  your guide to the world of Bandcamp

Nightmares on Wax and Bremer McCoy stop by with their sublime new LPs.